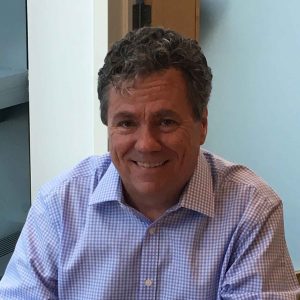 Scott W. Lowe is Chair of the Cancer Biology and Genetics Program at Memorial Sloan Kettering Cancer Center (MSKCC) in New York City and an Investigator for the Howard Hughes Medical Institute.

Dr. Lowe received his Bachelor’s Degree from the University of Wisconsin-Madison and his Ph.D. from the Massachusetts Institute of Technology.  He initiated his independent research at Cold Spring Harbor Laboratory, where his group make important contributions to our understanding of the p53 tumour suppressor network, as well as the processes of multi-step carcinogenesis, cellular senescence, and tumour-cell drug resistance.

At MSKCC, his laboratory applies mouse models, functional genomics and cancer genomics in a coordinated effort to identify cancer drivers and dependencies. These efforts have revealed fundamental insights into cancer mechanisms and identified potential therapeutic targets. Dr. Lowe’s work has been recognized by several awards, including a Sidney Kimmel Scholar Award, a Rita Allen Scholar Award, the Outstanding Investigator Award from the American Association for Cancer Research, the Paul Marks Prize, the Alfred G. Knudsen Award, and the AACR G.H.A. Clowes Memorial Award.  He has also been elected to the American Academy of Arts and Sciences and the National Academy of Sciences.