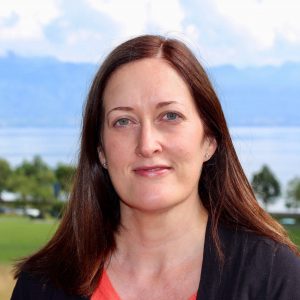 Johanna Joyce’s laboratory investigates the microenvironment in which a tumour arises and the critical influence that non-cancerous immune and stromal cells can have on tumour progression and metastasis.

They have uncovered regulatory signals provided by the normal tissue stroma and immune cells to the cancer cells, and determined how normal cells can be modified by the cancer cells to produce a variety of factors that enhance tumour malignancy. Her group is also actively exploring the mechanisms underlying the contribution of the tumour microenvironment to therapeutic resistance. Their ultimate goal is to apply this collective knowledge to the clinic and develop targeted therapies that disrupt critical tumour-stromal interactions.

Johanna has been recognized for her contributions to cancer research through a series of awards including the Swiss Bridge Award, American Cancer Society Scholar Award, Rita Allen Foundation Award, Sidney Kimmel Foundation Award, and the inaugural Pandolfi Women in Cancer Research Award, among many others. She began her independent career at MSKCC in New York in 2004, rising through the academic ranks to Full Member/ Professor in 2014. Johanna moved to Switzerland in 2016, where she is a Full Professor at the University of Lausanne and Full Member of the Ludwig Institute of Cancer Research. Her lab continues to explore the complexity of the tumour microenvironment, with an increasing emphasis on developing novel strategies for treating brain malignancies.