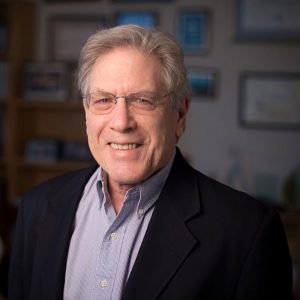 Charles J. Sherr pioneered studies of oncogenes and tumour suppressors, the mechanics of cell division cycle control, and the manner by which key cell cycle regulators are perturbed in cancer.

Sherr’s laboratory discovered the FMS oncogene and demonstrated that it encoded the colony-stimulating factor-1 receptor.  His subsequent identification of growth factor-responsive mammalian D-type cyclins and cyclin-dependent kinase-4 (CDK-4), and the demonstration that cyclin D-CDK4 complexes triggered phosphorylation of the retinoblastoma protein (RB), helped to reveal how mammalian cells respond to extracellular cues in regulating their cell division cycle.

Investigations of CDK4 inhibitory (“INK4”) proteins led to the discovery of the ARF tumour suppressor, an oncogene-activated arbiter of the p53 transcriptional response.  Mutations affecting D-type cyclins, CDK4, and INK4A/ARF are among the most frequently observed events in human cancer.  Drugs targeting CDK4, FDA-approved for breast cancer, are currently in advanced clinical trials for treatment of other major malignancies.